After a scary night spent at the military recuperation commune with the wind howling and doors banging Mr Tung met us at 8:30am for a ‘lovely jubley’ motorbike ride tour.


Sophie and I hopped on the back of some pretty cushy bikes (they had BACK RESTS!) with helmets with actual visors too. We had negotiated to have a personalised tour of the area and had chosen our top sights from the list of options we were originally  given to create a super awesome tour covering all the good stuff J
Our first stop was a strawberry farm where the local Dalat red wine is made using strawberries and mulberries. 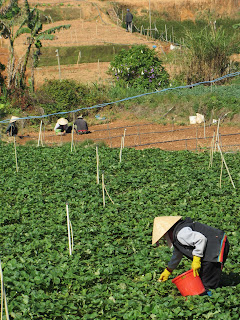 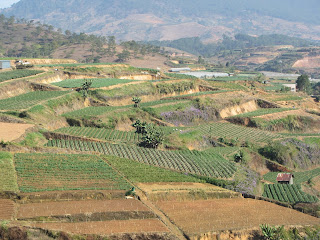 Up into the mountains we went until we were told to head up into the hills for a trek. The smell of pine trees was just overwhelming and there were even some beautiful wild horses right at the top. It was so peaceful and we felt so lucky to have the whole hillside to ourselves – not a tourist bus in sight! 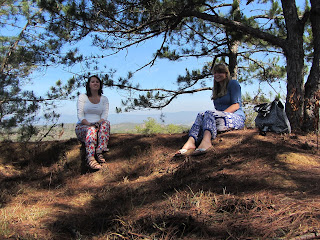 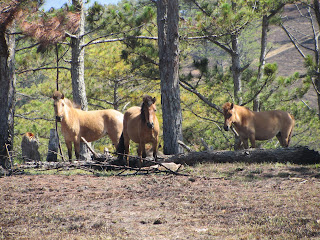 Back on the bikes and on to one of the regions Flower farms. Dalat exports a lot of roses and orchids,  which you see being carted around rolled up in rugs on the back of motorbikes. Next we went to a coffee plantation. Coffee does not look like how I thought it would and the coffee flowers smell amazing! They are sort of like jasmine but with a warmer bittersweet smell. We also saw the weasels who eat the coffee beans and then their poo is collected and roasted and ground into THE BEST sweetest coffee you have ever tasted. The coffee we tried here was out of this world. It was absolute Pip heaven – good coffee and animals… You would have loved it Rue. I wish I had room in my bag to take some home L 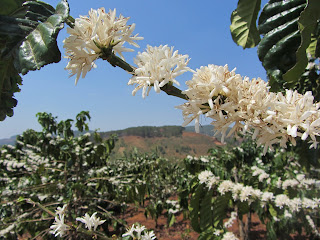 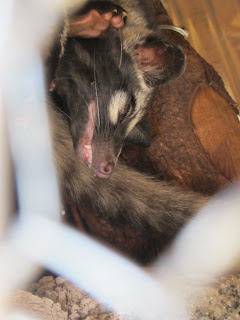 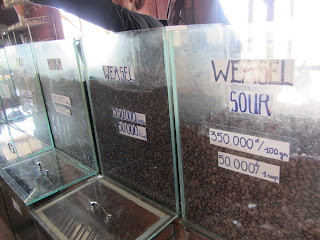 It was lovely going at our own pace and just hopping on and off the bikes as we wanted and not   to be governed by a schedule or other people toilet breaks!


Our next stop was a silk farm. Mum you would have loved it so much! The little silk grubs make these amazing really quite hard and plasticy cocoons which they turn into raw silk and then spin. Nothing is wasted – they even eat the grubs! We of course had to try them too…kind of tasted like sandhopper J (shrimps for those who haven’t even sandhopper before). 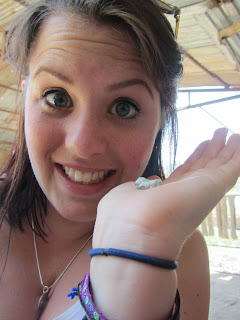 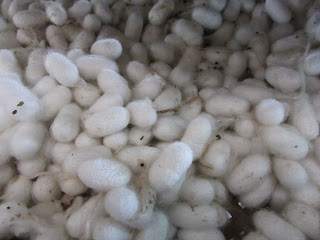 After a shared lunch of caramel cooked fish and some kind of meat and rice we wizzed off to a beautiful waterfall. We had to  climb through the jungle to get there – lots of big roots and rocks,sort of Indianna Jones territory. 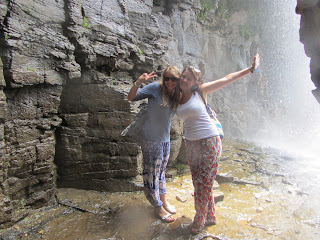 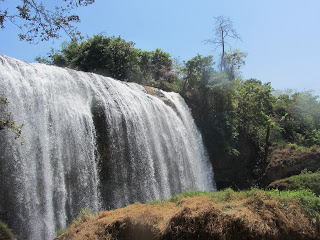 Our next break was at a minority village. This particular culture had been banned by the government to live anywhere but the jungle until 30yrs ago. Now they have been granted small crappy patches of land in which to live on. Coming from the jungle they have bought many things to make this new land feel like home. Amongst which they brought monkeys as pets which they chain to trees near their homes. It was an eye opener, the treatment of the people in the minorties is really very shocking –they are not allowed even to send their children to schools.. 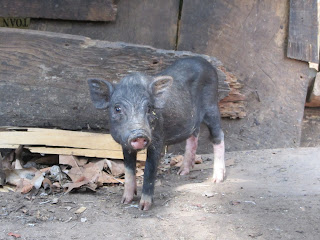 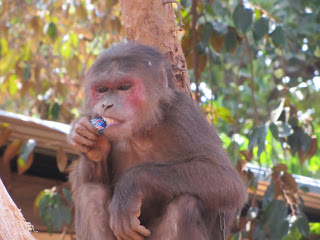 The final stop was skip-a-heart-beat-amazing! We had a ride on an elephant! And then were left completely alone with her, just the two of us, for an hour. It was so powerful being with such a huge animal who was so totally not scary at all. I thought I would be scared like I am with horses, or at least wary, but I felt totally relaxed with her. We sung to her and gained her trust enough that she rested her trunk between us both and let us stroke her. I don’t understand how anyone could feel selfimportant enough to kill or hurt such a peaceful clever animal. 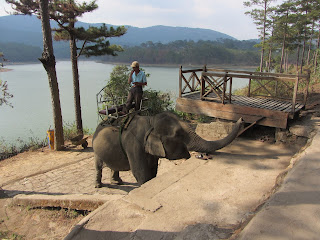 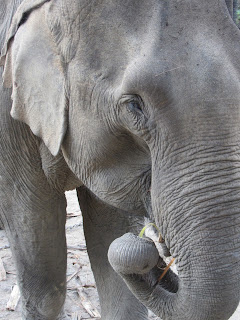 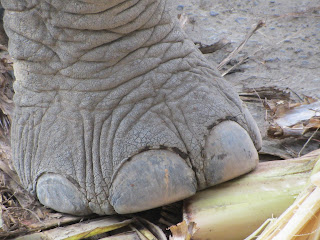 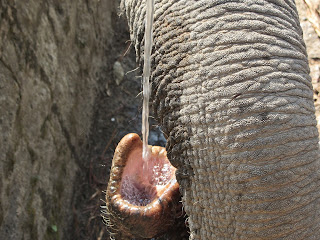 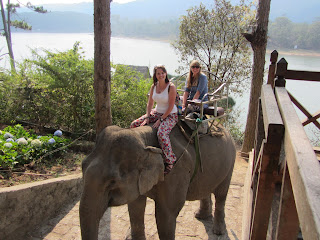 Such a beautiful afternoon. Yet again I am blown away by Vietnam and all the surprises it has for me.
Posted by AnnabelleEatingStrawberries at 06:30