The end of month 5 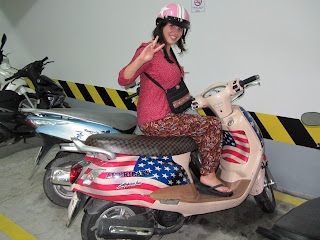 The best motorbikes just from this week: 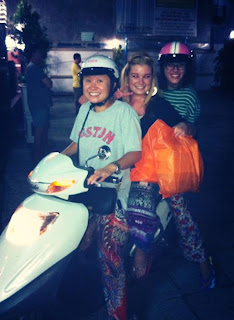 This week Teresa has been back in the city, she came to sort out some papers for the orphanage and to help the girls (who left the orphanage last year to start their nurses training in HCMC) with their paperwork and job applications. 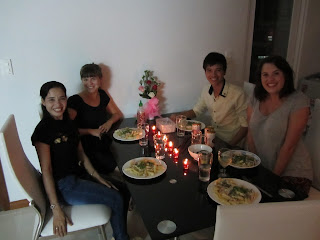 I got to spend a few lovely evenings with her. I had forgotten what a saint she really is! I loved cooking for her and one of her brothers Tam – I cooked them western food (pasta) which they ate with chopsticks, and I don’t think they really liked it that much! But they ate every last bit. It was a great evening, lots of laughter and catching up on news at the orphanage back in Kon Tum.
-        6 of the older girls at the orphanage got their scores back from their final school tests and have done so well they should be able to go to college which is fantastic news


-        The children at the orphanage do not have toothbrushes, so if anyone knows someone who would be willing to sponsor (ideally longterm) 1000 toothbrushes every 4/5months please please get in touch!


-        One of the nuns at the orphanage died after getting a scratch on her leg infected..

One day this week Teresa invited me over to the nurses rented house for lunch. Another HUGE experience for me. The girls, 6 of them, live in a tiny room  (about 8 by 4 meters) which they have constructed a platform above for sleeping on. They have basically no furniture, an open drain and tap in the corner of the room screened off with a curtain for washing/toileting/cleaning, a camping stove, one fan, and a TV. But what is really humbling (can’t think of a better word!) is that this is the goal/hope/dream for all the children at the orphanage – this is where we want them to be – living independently, getting a good job, being able to study and marry when it suits them. Just when you compare it to my dream and the way I picture my future it really makes me want to cry. 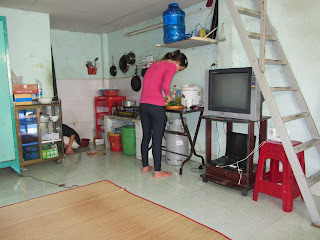 The girls were really sweet, they really wanted to cook me a special meal but unfortunately there was a powercut in their district (I was running in sweat, I didn’t even know my arms could sweat!) so they were in a right flap about how to cook the rice. In the end one of them went on a mission to another district to buy some rice there. Meanwhile in the stifling heat of the house Teresa (who was wearing black trousers and a long sleeved black jumper) decided now was a great time to give me a 3hour Vietnamese lesson… 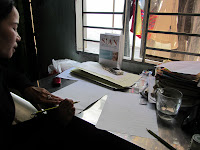 The food the girls cooked was delicious. I love their way of cooking veg and omelette – such simple food in England but we obviously don’t cook it right because it tastes so amazing here! 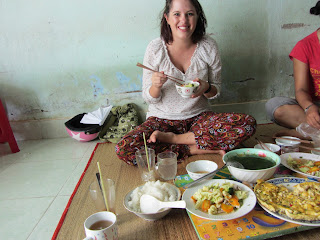 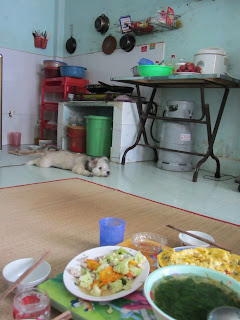 The girls have a really bouncey little puppy called ‘Meelou’ who was leaping about licking everyones water glasses/bowls/chopsticks/plates and all the food… At one point she actually jumped  so high she landed in the omelette which went everywhere. The girls just picked in all back up with chopsticks and put in back on the plate to eat! There was no way I was going to be so rude as to refuse any of their food… but I was really really hoping I wasn’t going to have to make an emergency trip to their drain! 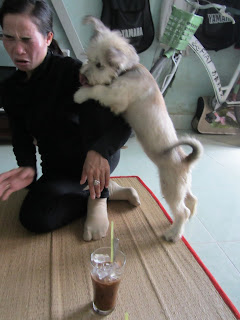 That same evening I went to work at the Language school and my classes were pretty good – the kids were quite calm and nothing eventful happened until my  last lesson… One of the kids (aged 6) stood up and started projectile vomming pink rice mush. As you can imagine all the other kids went mental. Then the TA, the Vietnamese teacher who is meant to be in charge of discipline and supervising my teaching, ran away gagging! I thought she had gone for backup… but o no, she had literally just left me with a vomiting child and class full of crazed children and sick! I whisked the still vomiting child into the closest bathroom and held his little head while he threw up some more. Mopped him down, put him in the bathtub and hosed him off a bit and washed his shoes. We were in there for a good 10mins and no one came to check up. I got him some water and returned to the classroom to find the TA still standing outside holding her nose and refusing to go in to get the rest of the kids bags.. so I did that one to. After the ordeal I actually felt pretty pleased with myself. I wasn’t sure I was good with sick, but turns out I am – I didn’t even gag once. I like to think it’s good training for teaching Primary back in England J


If I was going to get ill that evening I wasn’t sure whether I should blame the dog or the kid though!
Posted by AnnabelleEatingStrawberries at 20:14